With no cricket going on, all the cricketers have a lot of free time on their hands right now. Many cricketers have also been proactive on their social media in the past few weeks due to the lockdown. West Indies allrounder Dwayne Bravo spoke with ESPNCricinfo and discussed Kieron Pollard amongst many other things.

Dwayne Bravo lauded limited-overs skipper Kieron Pollard for shouldering the captaincy responsibilities of the team. Bravo also spoke about Pollard’s hunger to win and said that he can do anything to win. the allrounder all spoke of the extremely competitive nature of Pollard.

“He loves to win. That’s the most important thing, and as a captain, he’ll do anything to win, in the right way and the right spirit, and he”s very determined to win, to make a difference,” Bravo said.

Bravo also spoke of the respect Pollard gets in the dressing-room as he has achieved a lot in his career and keeps on inspiring.

“The players also respect him, because of whatever he has done and achieved in the white-ball format, especially in T20 cricket. He’s one of the best in the world. So if someone like Pollard is speaking in the dressing room about T20 cricket, we all have to listen, because he’s played the most games, he’s had success, and he’s highly respected around the world,” Bravo said.

“West Indies always needed a leader like that, a figurehead leader. One time we had Chris Gayle, we had Brian Lara, we had Vivian Richards, we had Clive Lloyd. We had Darren Sammy,” Bravo said. 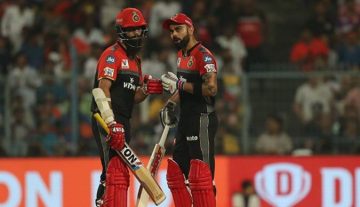