Cricket West Indies named veteran allrounder Dwayne Bravo and Kieron Pollard among the reserve players for the upcoming World Cup. However, Bravo had hung up his boots from international cricket last year but he might have to fly to England if an injury occurs to any player in the announced 15-member squad. The 35-year-old last played in the 50-over format in 2014 and last played in Twenty20 format in September 2016 against Pakistan. On the other hand, Pollard last played an ODI for West Indies in 2016.

However, both the players have been featured in the recently concluded Indian Premier League (IPL). While Bravo was a part of MS Dhoni-led Chennai Super Kings, Pollard was featured in Mumbai Indians, who won their fourth IPL title this year. Both the players are currently in good touch. Apart from them, Sunil Ambris, John Campbell, Jonathan Carter, Roston Chase, Shane Dowrich, Keemo Paul, Khary Pierre and Raymon Reifer are also named in the reserve list. Out of them, Sunil Ambris and Raymon Reifer will take part in the training camp in Southampton with the squad.

Ambris had recently impressed with the bat in their tri-series in Ireland where he scored a century and a half-century. As Evin Lewis has been recovering from a viral infection, Ambris could be the back up for the experienced batsman while Reifer will take the pressure off from the pacers. However, they will play an additional warm-up match against defending champions Australia at the Ageas Bowl.

“We are very grateful to Hampshire CCC for agreeing to host us at the Ageas Bowl and to Cricket Australia for agreeing the additional warm-up game,” CWI CEO Johnny Grave said. “Due to the commitments and promises made, to both our players and the BCCI, this is the first time that our entire World Cup squad can get together since the IPL finished. We are confident that these additional five days of training and the extra warm-up game will mean that our players will be ready to perform at their best in our opening match against Pakistan on the 31st May,” Grave further added.

The upcoming ICC World Cup will be played in England and Wales from May 30. West Indies will begin their series opener against Pakistan on May 31 at Trent Bridge in Nottingham. 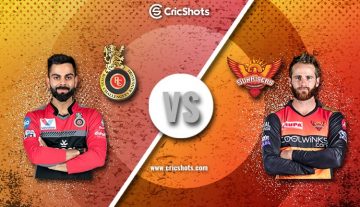