The England and Wales Cricket Board on Tuesday said that discussions are going on with its Indian counterpart regarding a proposed four-nation tournament, which is seen as an attempt to put an end to ICC from hosting a major event every year. The annual tournament which was proposed by the BCCI will involve the “big three” teams — India, England and Australia — apart from the fourth team.

“We meet regularly with other leaders from the major cricketing nations to share learnings and discuss topics that impact our sport,” the ECB said in a statement given to ‘ESPNcricinfo’. “A four-nation tournament was raised at a meeting with the BCCI in December and we are open to discussions with other ICC members to see if this concept can develop.”

The proposed event will be hosted by the “big three” nations on a rotational basis from 2021, has different opinions as it is likely to help increase the revenue of the boards which are involved. The ICC doesn’t approve tournaments involving more than three teams as well.

Read here: “I Will Try My Best Not to Change”: Pat Cummins

BCCI president Sourav Ganguly has already talked about the tournament, the ECB also has confirmed the discussion that took place earlier this month but Cricket Australia is yet to comment on the matter. If the plan goes well, it will make the calendar more crowded for the cricketers which Australia head coach Justin Langer shared on Tuesday.

“It is. We all understand the schedule in world cricket is really tight, so I am sure there will be lots of negotiation and there are people, that’s their role to negotiate and get that right. But we all know it is a tight schedule,” Langer was quoted as saying in the Australia media. 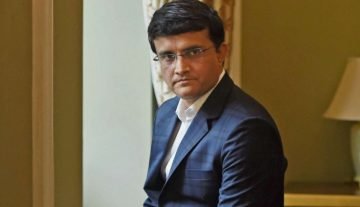