England’s white-ball coach Mattew Mott has said that he won’t take a risk with Jos Buttler before the T20 World Cup while providing an update on him. Buttler is in Pakistan but hasn’t played any of the matches so far in the ongoing T20I series. The series is currently 2-2 after the hosts won the 4th T20I on Sunday as well.

Speaking after the match, as quoted by the Mirror, Mott said in his post-match press conference, “With regard to Jos, he’s still a while off, he’s not a player we want to take a risk on at this stage, so close to the World Cup, and it was a reasonably significant injury that he had. So, he’s champing at the bit for a game, but we’ll just try and see how we go and maybe in the last game or two we might give him a chance.”

Jos Buttler said that the upcoming World Cup is important for England. While he admitted that his side is dangerous, their white-ball skipper admitted that they aren’t the favourites heading into the tournament as well. 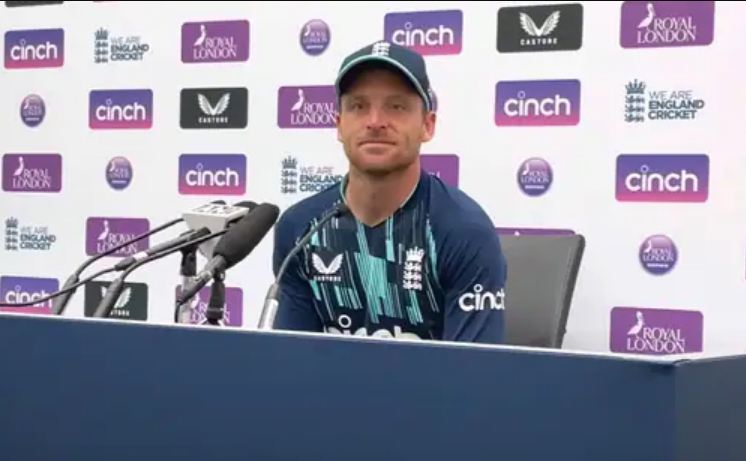 “When you look ahead, there’s ICC events pretty much every year so there’s always stuff to build towards, there’s always exciting times,” said Buttler. “I think this World Cup coming up now is actually a bit of a free hit for us, it’s very early in our time as a team. We’ve got a squad full of match winners and I think that’s an exciting place to be as a T20 team looking ahead to that World Cup. We by no means go there as favourites, but I feel like we’ll be a dangerous team that sides wouldn’t want to play against,” he concluded.