England football team was enjoying a dream run in the ongoing FIFA World Cup 2018, but it, unfortunately, come to an end when hey suffered a 2-1 defeat at the hands of Croatia in the semi-final on Wednesday. Harry Kane-led English football team gave the cricketers joy by defeating Colombia via penalty shootout and securing a Quarter-final berth for themselves and they defeated Sweden in the quarter-final to reach the semi-finals.

The “Football’s coming home” chants were heard after Kieran Trippier gave Gareth Southgate’s side the lead with a brilliant freekick in the first-half. But Ivan Perisic’s equalizer in the second half, followed by Mario Mandzukic’s winner in extra time sent the Three Lions crawling back home with a defeat.

It wasn’t just the football players on the field that were left heartbroken. Former and current England cricketers also expressed their disappointment of the result. England opener Jason Roy took to Twitter and wrote,”Did us proud @England. You brought the nation together like I’ve never seen before. Incredible effort and I’m sure everyone is as proud as I am #WorldCupRussia ⚽️.”

Did us proud @England. You brought the nation together like I’ve never seen before. Incredible effort and I’m sure everyone is as proud as I am #WorldCupRussia ⚽️

Former England skipper Michael Vaughan wasn’t too far behind in expressing his disappointment at the loss. He tweeted, “Sport should not make you feel this Sad … But it always does !!!”

Other English players like Matt Prior, Alex Hartley, Alec Stewart, Jack Brooks, Matthew Hoggard and Alex Tudor showed their support for the Three Lions despite the loss.

Win lose or draw if any English sports team is one you can be proud of then they have done their job. Well done @GarethSouthgate & the whole @england football team. Great job. #FifaWorldCup18 #EngvsCro

Proud of @England and @GarethSouthgate Exceeded all expectations and have made good progress. 👏👏🏴󠁧󠁢󠁥󠁮󠁧󠁿🏴󠁧󠁢󠁥󠁮󠁧󠁿⚽️⚽️

England football is in a great place. Great leader ! Players playing with passion and connected with the public. They should be proud of letting the country dare to dream !!

Gutted its over! Brought the Country together for a few wks! Well done Gareth & the boys! 🏴󠁧󠁢󠁥󠁮󠁧󠁿🦁🦁🦁 https://t.co/pwSrM8liqt

Whatever happens these @England lads have been outstanding during this #WorldCup brought pride back to the shirt, so hold your heads up high & come again…plenty more years in these lads yet 👍🏾 #beproud 👏🏿👏🏿

Absolutely gutted for the England boys!! You’ve done your nation proud and you have made every single one of us at home believe! You’ve brought the nation together and 100% created an unforgettable summer for all football fans. Hold your heads high! #ThreeLions

The focus of English fans will now shift to cricket as Eoin Morgan and his side take on India in a three-match ODI series, which starts from Thursday (July 12). 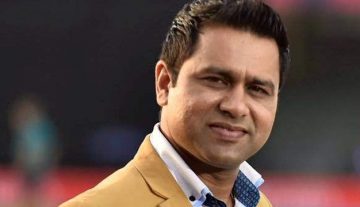