England recently finished their 2019 Ashes campaign against Australia with a 2-2 draw in the Test series, The hosts had also won the final Test at the Kennington Oval, but couldn’t win the series and the visitors had retained the urn. The Three Lions have plenty of work to do ahead of their series versus New Zealand, one of which is appointing a new head coach for the next season.

Trevor Bayliss, under whose leadership, England won the World Cup for the first time, has left the team after the five-match Test series versus Tim Paine and his men. Ashley Giles, their director of cricket, will formally begin the process of appointing the coach and among all the name, the most famous ones are Gary Kirsten, the former South African cricketer.

The Englishmen are giving more preference to the longest format and Kirsten seems to be the most qualified for the position. As per reports in The Telegraph, Kirsten had initially shown interest to coach the England one-day teams, but it has been learned that the management will be trying their best to get him for all the formats. Earlier, Giles said that he’ll appoint one head coach across all formats.

Gille was the coach of the one-day teams between 2012-14 at a time when Andy Flower was the coach of the Test squad. However, clashes between the two put a full-stop to the tactic of having different coaches. England is also planning to appoint two assistant coaches, who can take over when the head coach needs a break.

As far as experience is concerned, Kirsten led India to their second World Cup title in 2011 after a gap of 28 years. He also took South Africa to the number one Test rankings. Back then, the Proteas had the likes of Graeme Smith and Jacques Kallis. Kirsten has also coached the Royal Challengers Bangalore (RCB) in the IPL.

The franchise, led by Virat Kohli, recently decided to let get off the services and as they appointed Simon Katich as the head coach. As far as coaching England is concerned, his initial hesitation may not be too much of an issue. The same is for the reason that even Bayliss turned down coaching them before taking the role. 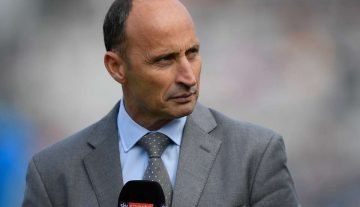