England’s limited-overs skipper Eoin Morgan has once again found his mojo back just at the right time, especially ahead of the forthcoming limited-overs series against Australia with a century for Middlesex against Gloucestershire in county cricket’s One-Day Cup. He smashed a century in just 69 balls with the help of seven fours and five sixes in Bristol before he holed out in the deep off the bowling of Benny Howell.

Fellow Irishman Paul Stirling batted through the innings for 127 not out, with Hilton Cartwright making a quickfire unbeaten 60 in a Middlesex total of 322 for three.

Gloucestershire could only manage to reach the score of 289 as they were bundled out all, with New Zealand’s James Franklin taking three for 42.

ALSO READ: Eoin Morgan is hopeful that cricket will restrain its value

But a 33-run win for Middlesex was not enough to take them into the knockout stages of this One-Day competition, with results elsewhere in the South Group going against Middlesex.

England faces Scotland in a stand-alone one-day international in Edinburgh on Sunday before a five-match ODI series against old rivals Australia gets underway at The Oval on Wednesday, June 13. 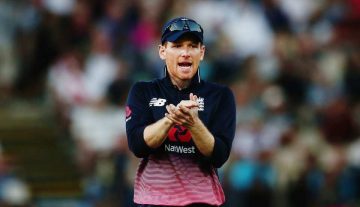