England’s limited-overs captain Eoin Morgan has been cleared to captain the team in the upcoming Twenty20 series against Pakistan after he missed their clean sweep in the One Day International series following a Covid-19 outbreak in their camp.

Notably, England had to announce an entirely new squad for the ODIs against Pakistan after a few players and support staff had been tested positive for the coronavirus. And, others were forced to self-isolate whereas star all-rounder Ben Stokes was called to lead the team as well. Meanwhile, after their 3-0 series whitewash of Pakistan, they are preparing for the shortest format as well.

Notably, Saqib Mahmood, Lewis Gregory and Matt Parkinson have all been added to the 16-member squad after starring in the ODIs. However, Jos Buttler has also been added after recovering from a calf injury. Stokes, however, has been given the rest prior to the much-awaited five-match Test series at home against India starting in August, with bowlers Mark Wood, Chris Woakes and Sam Curran wouldn’t be featured as well.

“The Royal London Series success against Pakistan showcased the exciting depth of talent we have developed in men’s white-ball cricket,” said Silverwood in an England and Wales Cricket Board statement. “We have selected a T20 squad that sees the return of many of our most experienced players after their period of isolation.”

He further added: “Additionally, we have rewarded some of the players involved in the 50-over series win with selection which allows us to manage multi-format players as we prepare for the much-anticipated Test series against India. I would like to express my thanks to Ben Stokes and the players for their efforts over the last week, and the counties for their support in getting this series on.” 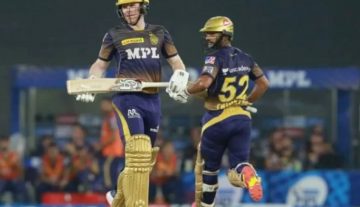 News
By SMCS - Sep 24, 2021
Eoin Morgan will be banned for one match if KKR has one more slow-over rate