The ongoing T20I series between Bangladesh and Pakistan has already seen a few incidents. While Hasin Ali’s send-off didn’t go down well with the ICC official in the first match, A fan breached the security and entered the field to meet pace spearhead, Mustafizur Rahman, in the second game that took place at the Sher E Bangla Stadium in Dhaka, Bangladesh. 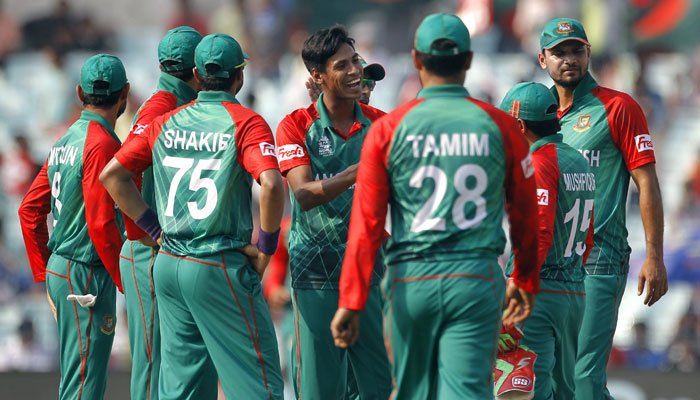 However, a fan was seen running after breaking the security barrier of the stadium when Bangladesh was fielding. Soon after he entered the field to meet his idol, Mustafizur Rahman and he was seen kissing his feet after trying to touch him as well. Meanwhile, this incident created a lot of issues amid the crunch time of COVID-19 as this was also a breach of the bio bubble and many players will now be forced to do regular COVID-19 tests.

As far as the game is concerned, Bangladesh captain Mahmudullah won the toss and he chose to bat first. They had a poor start and both the openers got out on single-digit scores. Later, Najmul Hossain Shanto scored 40 runs off 34 balls. But, disciplined bowling from Pakistan restricted them within 108 in the allotted twenty overs.

While chasing, Babar Azam fell for a mere 1. But both Fakhar Zaman and Mohammad Rizwan did well, adding 85 runs where the former smashed an impressive 57 runs from just 51 balls. With this, Pakistan won the second T20I with ease and clinched the series as well with one game in hand.

After the win, Babar Azam said: “The series win is a team effort. The boys responded well as a unit and we carried forward the momentum (from the WC). Bowlers did really well, especially in the last 10 overs and it always helps when you get wickets in bunches. The plans were executed properly. Don’t think so (that there is an overconfidence in low chases). In low-scoring games, there is that tendency but it’s important to remove complacency. Fakhar and Rizwan batted really well, and did the job. (On his two poor scores) Yeah, sometimes things don’t go according to plan. Happens in cricket.” 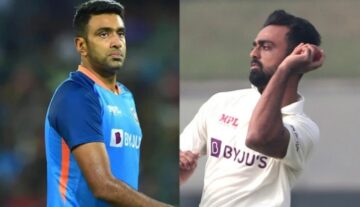