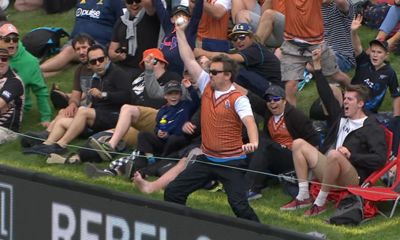 Craig Dougherty became the first to take a $50K catch this home summer when he caught a smashing six from Martin Guptill in the opening over of today’s ODI between the Black Caps and Pakistan at Dunedin’s University Oval.

The competition was been mired in controversy last week after several potential catchers slammed into other crowd members while trying to take catches during the Black Caps/West Indies T20 game at Mt Maunganui.

He took the sensational catch by one hand near the ad hording to become $50,000 richer in seconds.

New Zealand won the game by 183 runs after putting 258-run target for Pakistan, who batted horribly and reduced to 16/6. However, lower-order batsmen prevented their team from a shame and Trent Boult thrashed their innings for 74. 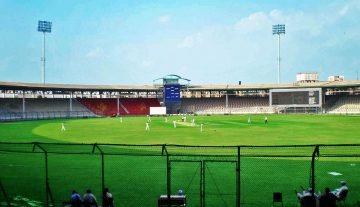