Team India’s clash in the second of the three-match ODI series yielded no result against New Zealand, as the hosts are already having a 1-0 lead in the series. While there are sporting events happening all across the world, arguably the biggest sporting event is the FIFA World Cup 2022 and it has garnered attention while having a cricket connection.

During one of the matches of the global football event held in Qatar, Indian fans presumably, left no stone unturned in making their presence felt as they were seen to be holding banners in support of team India batter, Sanju Samson. This comes after the right-hander was dropped from the second ODI match following an appearance in the first ODI and it has left fans fuming.

“Lots of Love from Qatar,” read one of the banners held by the fans. “Regardless of the match, the team, or the player, we are with you, Sanju Samson,” read another banner.

Everybody: Who are you supporting at the FIFA World Cup?

While it is interesting that Indian fans have come out in support, surely the Men in Blue management will be taking note of this and could look for changes in the third and final ODI. He was replaced by Deepak Hooda in the second ODI in order to have a sixth bowling option in the match. Samson played the first ODI match against the Black Caps, as he had amassed 36 runs from 38 balls and looked rusty with the bat.

However, considering that it was his first outing after quite a long time with the national side, it seemed natural. The Rajasthan Royals (RR) captain was also included in the recently concluded T20I series squad against New Zealand, however, could not make the cut in the playing XI under the leadership of Hardik Pandya.

Hardik Pandya said, “If they are sitting out, Sanju Samson, for example: we wanted to play him, but for whatever reason, we could not. But I can get into their shoes and understand how they are feeling. As a cricketer, it is difficult, whatever one might say.” 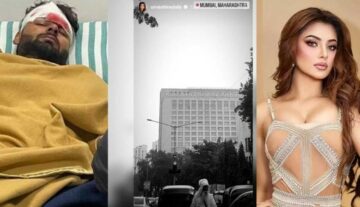