The Indian team registered a thrashing win over England in the second Test on day four by 317 runs at the MA Chidambaram Stadium in Chennai. The visitors were chasing a target that was virtually impossible to chase in the fourth innings and they fell short of it by a mile. But, it was a moment after the England innings got over between Virat Kohli and Rohit Sharma, which stole the attention of many fans on Twitter.

Moeen Ali was the last English batsman to get dismissed and soon after his dismissal, missed, the whole Indian team was seen getting together and celebrating the win. As the players were shaking hands with each other and were about to walk off, Indian captain Virat Kohli and Rohit Sharma were seen hugging each other, a moment which went viral on Twitter.

ALSO READ: Wasim Jaffer Along With Netizens Shared Memes On Ashwin And Stokes

In the past, there have been various conspiracy theories that the two Indian stalwarts had rifts between each other but both have stayed away from commenting on the speculations. There has never been any confirmation from anyone from the team, which stated that Rohit and Kohli have issues with each other. However, as the two Indian cricketers are absolute stars of Indian cricket, fans have wanted to see them in the same frame.

Here is the video on which Rohit Sharma and Virat Kohli can be seen congratulating each other after the win in the second Test:

Smiles all round as #TeamIndia beat England in the second @Paytm #INDvENG Test at Chepauk to level the series 1-1. 👏👏

The duo has had successful partnerships in the past in limited-overs cricket. However, in this Test match, they didn’t get the chance of batting together for long. In the first innings, Kohli got out on a duck while Rohit was dismissed in the second innings as soon as the captain arrived at the crease. Rohit played a match-winning knock of 161 in the first innings while Kohli, held the innings together in the second innings when he scored a fighting 62.

Interestingly, the Virat and Rohit hadn’t played for India together for sometime before this series. In early 2020, they had been part of the ODI team, before Sharma getting injured and missed some matches of the New Zealand tour. After this, when international cricket started again, Rohit was out with another injury. However, this series marked a comeback of the famous duo on the pitch together and fans seem to love it.

Here’s how fans reacted to the incident:

That handshake between Ro n VK describes everything…They are not best of friends but just doing wat is best for team…#ENGvIND #INDvENG @BCCI https://t.co/6R3htOh8Bk

What was that Rohit n Kohli?! 🤣🤣 are you trying to hug or just shake hands? Even exes aren’t so awkward. Lol https://t.co/6fHMCM7hAq

Want to know what Kohli whispered in Ro’s ear because I’m bored and I want to spin some conspiracy theories for fun https://t.co/cp7QsLn2nI 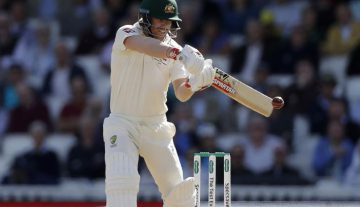