The Bangladesh cricket team barely escaped from gunshots which were fired at a Christchurch mosque near to where the team was due to play the final Test match of their tour of New Zealand. It has been reported that there have been multiple casualties after shootings at two mosques in the city on Friday, as said by the local police.

However, as an aftermath of the incident, the third Test at Hagley Oval, which was scheduled to start at 9 am on Saturday, has been canceled. All team members and staff of Banladesh caught up in the incident were able to return safely to their hotel, after taking shelter in the immediate aftermath in the dressing rooms at Hagley Oval.

Australia’s Under-19s women side, who are also on tour in New Zealand and were staying in the same hotel as the Bangladesh team, has also been reported to be safe and secure. Opening batsman Tamim Iqbal, Bangladesh’s highest run-scorer, said he and his teammates were able to escape the place without any harm, but he described the experience as “frightening”.

Entire team got saved from active shooters!!! Frightening experience and please keep us in your prayers #christchurchMosqueAttack

The police recommended that residents across Christchurch remain off the streets and said schools would be locked down until further notice. According to ESPN’s Bangladesh correspondent Mohammad Isam, the team had just arrived at the mosque for Friday prayers when they heard shots fired.

Isman elaborated, “They [the Bangladesh players] were just outside the mosque about to get off from the bus and go into the mosque when they heard shooting and a lot of people running out and they saw someone wounded in front of them. And seeing that, they didn’t get off the bus. About 10 minutes later they ran out of the bus and ran through Hagley Park and into the Hagley Oval.”

Bangladesh team escaped from a mosque near Hagley Park where there were active shooters. They ran back through Hagley Park back to the Oval. pic.twitter.com/VtkqSrljjV

The team’s high-performance analyst, Shrinivas Chandrasekaran, said the team narrowly escaped the shooting, while the skipper, Mushfiqur Rahim tweeted that they were “extremely lucky” to have survived.

Alhamdulillah Allah save us today while shooting in Christchurch in the mosque…we r extremely lucky…never want to see this things happen again….pray for us

New Zealand Cricket sent its “heartfelt condolences” to the families and friends of those affected by the attack in Christchurch and confirmed both sets of players and support staff were safe.

Bangladesh has been on the New Zealand tour since last month. They lost the ODI series 3-0 and have also lost the three-match Test series after New Zealand claimed victory in the opening two matches. 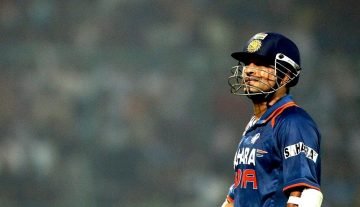 Videos
By B Dixit - Mar 8, 2018
On This Day: Sachin Tendulkar’s first ODI century in New Zealand