Finch has already scheduled his wedding date on 7th April while his close friend Maxwell is the MC in that marriage. On the other hand, KXIP and DD will play their first game in this season against each other on 8th April. So reasonably, they will miss their opening IPL encounters of this season.

Taking about his unavailability in the first IPL match, Finch told the reporters in Auckland, “I saw the fixture this morning – there’s no chance I’ll be missing my wedding. That’d be a bit tough leaving Amy at the altar, wouldn’t it?”

Finch is going to tie the knot with his partner Amy Griffiths. Finch also said that he will available for KXIP from their second game. The right-handed batsman said, “The second game we play is on the 13th, that’ll give me plenty of time to get over there and miss only one game luckily.

Finch added, “Having one of my good mates ‘Hodgey’ (Brad Hodge) as coach … he knows about it now. I did wait a bit longer to send him the invite before the auction. It’s just a case of missing one game but hopefully playing with Kings over a three-year period, it’s not the end of the world.”

However, Finch’s other high-profile teammates are going to missing his wedding due to IPL. He said on that, “Guys like Davey (David Warner) and that, they’ve got a job to do for their franchises so I’m sure they’ll be in India.”

Earlier this week, Maxwell had revealed Finch’s wedding date during speaking on SEN radio program Whateley, by quoting, “This is an interesting one and I haven’t told anyone this before, not even Punter – we’ve got Aaron Finch’s wedding on April 7.” 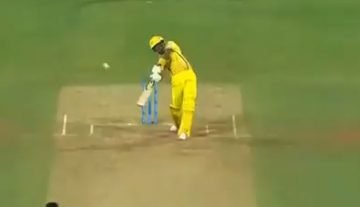