Lahore Police has registered an FIR against Pakistan Test leg-spinner Yasir Shah and his friend as they have been accused of kidnapping, molesting and threatening a minor 14-year-old girl. The FIR was registered at the Shalimar police station in Lahore after the girl complained. Yasir Shah hasn’t made any comments on the issue so far.

ALSO READ: Shadab Khan RevealsThe Most Difficult Batters For him To Bowl

According to the complaint filed with the police, the minor girl says when she contacted Yasir on WhatsApp pleading for his help he laughed at her and told her not to open her mouth about the whole issue. The girl has also claimed that when she went to the police, Yasir Shaha offered to give her a flat and monthly expenses for 18 years if she didn’t come to the limelight.

FIR registered against test cricketer Yasir Shah and his friend in shalimar police station Islamabad with rape allegations. A video of victim for blackmailing was made by friend of Yasir Shah whereas Yasir threatened the victim on call too. Perhaps an end to international career!

Yasir Shaha recently missed the recent tour to Bangladesh for the Test series as he is nursing a finger injury. Pakistan went on to win the two-match Test series against the Tigers with a  2-0 margin.

ALSO READ: Kyle Jamieson Feels He Has Been Lucky In His Test Career

Meanwhile as per a report in ESPNCricinfo, the Pakistan Cricket Board (PCB) said: “We have noted that some allegations have been levelled against one of our Centrally Contracted players. The PCB is presently gathering information at its end and will only offer a comment when in possession of complete facts.” 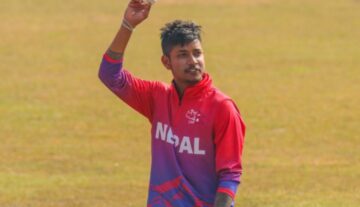 News
By CricShots - Sep 7, 2022
Sandeep Lamichhane Has Been Accused Of Raping A Minor