Amitabh Chaudhary was instrumental in promoting cricket in Jharkhand, building an international stadium in Ranchi. He had headed the Jharkhand Cricket Association (JSCA) for a long time, apart from holding the post of Joint Secretary in BCCI. Once Jharkhand got the official first-class status, Mahendra Singh Dhoni shifted from Bihar and represented the state till the end of his career.

Jharkhand Chief Minister Hemant Soren tweeted and wrote, ‘Sad news of the sudden demise of former JPSC Chairman Shri Amitabh Choudhary ji. Former IPS officer Amitabh ji also played an important role in increasing the game of cricket in the state. May God give peace to the departed soul and give strength to the bereaved family to bear the time of grief.”

ALSO READ: Ravindra Jadeja To Leave CSK Ahead Of The Next IPL Season?

Amitabh Choudhary was an IPS officer who tried his luck in politics but lost the Lok Sabha elections. However, he remained very passionate about cricket and remained associated with the sport for a long time. Amitabh Chaudhary was also the manager of the Indian team, when the Indian team toured Zimbabwe in 2005-06, he was the manager of Team India. 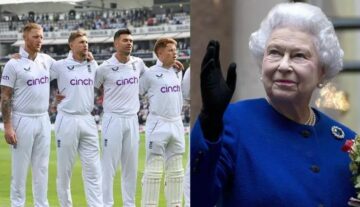