The hype around the animosity between the cricketers of India and Pakistan has been created to such an extent that one would never believe that off the field, most of them are good friends. Agreed that an India vs Pakistan match earns the highest TRPs and the maximum number of eyeballs, but, it doesn’t mean that players have no right to socialise after the match.

Players (of both the countries) from the era gone by an even the current era are friends each other so much so that they usually meet at after the matches or on their off days. Some players have appeared together for TV commercials and TV shows, while, the others have been the best of buddies.

From Wasim Akram and Ravi Shastri hosting ‘A Shaz and Waz show’ to Yuvraj Singh and Harbhajan Singh joking around with Shoaib Akhtar to Virat Kohli gifting a bat to Mohammad Amir, cricketers from both the countries have shows that there is no ill feelings amongst them. 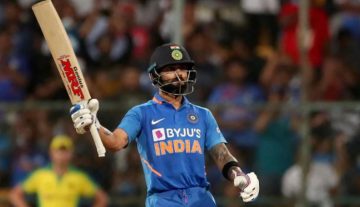 News
By CricShots - Jan 20, 2020
Virat Kohli Termed This Series Win As The Most Satisfactory