Former Pakistan all-rounder, Shahid Afridi recently launched his biography named as ‘Game Changer’ on April 30 and has already grabbed the headlines for some eye-catching revelations. After some rigid words about his former teammate Waqar Younis. The veteran all-rounder gave an opinion on Gautam Gambhir, former Indian opener who retired from all forms of cricket last year in December.

Gambhir and Afridi have been at loggerheads quite a few times in their careers. Back in 2007 during an ODI in Kanpur, the two players were seen involved in the verbal banter and it was umpire Ian Gould. Who had to intervene to finish it off. Later, Roshan Mahanama, the match referee fined Afridi 95 percent of his match fees while Gautam was fined 65 percent for breaching ICC’s Code of Conduct.

Even after that incident, the two stalwarts have had some altercations on social media platforms. In his biography, Afridi came down hard on the 37-year-old Gambhir and said that he wasn’t a positive individual, albeit he was an animated character on the cricket pitch.

The veteran all-rounder asserted, “Gambhir behaves like he’s a cross between Don Bradman & James Bond. In Karachi, we call guys like him saryal (burnt up). It’s simple, I like happy, positive people. Doesn’t matter if they are aggressive or competitive, but you have to be positive & Gambhir wasn’t.”

Going down the memory lane, regarding the Kanpur incident, the former Pakistan cricketer mentioned: “I remember the run-in with Gambhir during the 2007 Asia Cup, when he completed his single while running straight into me. The umpires had to finish it off or I would have. Clearly, we had a frank bilateral discussion about each other’s female relative.” 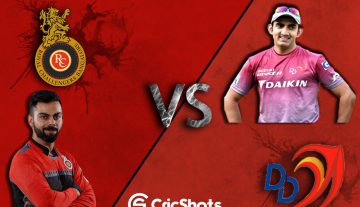