On Sunday, BCCI President Sourav Ganguly expressed that there is no need for a full-time Cricket Advisory Committee (CAC) as it has a limited role to perform, restricted to only one or two meetings. The BCCI on Sunday deferred the appointment of the CAC with Ganguly saying the controversial conflict of interest clause, which even the CoA found difficult to implement, is coming in the way.

Ganguly himself, Sachin Tendulkar and VVS Laxman had to resign from CAC on allegations of conflict of interest.

Talking to the media persons after BCCI’s AGM, Ganguly said, “CAC doesn’t have much work. We keep talking about CAC, but the job of CAC is the appointment of selectors and coaches. So, once you appoint a selection committee, it stays for four years and once you appoint a coach, it (he) stays for three years. So, where is the need of having a full-time CAC? To have CAC with conflict of interest, I don’t know whether it is the best thing. It is about only one meeting.”

The BCCI chief said they will approach the Supreme Court to get a clarification on the conflict of interest clause.

Ganguly said he hopes to make day-night Test a more regular feature in future home series. The Eden Gardens had hosted India’s maiden day-night Test against Bangladesh last month but Ganguly said other centers will also get to conduct pink-ball Tests in the future.

Ganguly added: “Yes, and different associations will get to host. We will deal as per requests from associations,” he said.

The new BCCI chief said he also plans to re-work the Board’s pension scheme for cricketers. 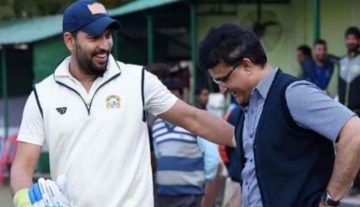