Recently, the Indian skipper Virat Kohli requested the BCCI to allow the cricketers’ WAGs for the entire duration of overseas tours. According to the current policy of BCCI, only allows WaGs to stay with the players for a period of two weeks on overseas tours. This is done in a bid to keep the players concentrated on the game. The Indian opener, Gautam Gambhir opened up about the same issue and shared his thoughts.

Although it seems unlikely that the BCCI might accept Kohli’s proposal, Gambhir opined that it depends on the players. He said that a player’s performance should be taken into consideration while making a decision. The southpaw added that if a player does well, then there shouldn’t be anything stopping him from being with his wife.

ALSO READ: Gautam Gambhir Says No To The Comparisons Between Shaw And Sehwag

Gambhir elaborated, “It depends on individuals and players to decide if they want wives for the entire tour or no. If they are performing well, then nothing should stop them.” As per the reports in the Indian Express, Virat made this request some time back itself as the skipper wants the old rule to be abolished and a new rule was requested in its place.

Talking about the same, one of the sources of the Indian Express said, “The request was made a few weeks back but as it is a BCCI policy decision, the manager will have to submit a formal request first. Anushka has been traveling with Kohli overseas, however, Kohli now wants the old rule to be abolished and a new policy should come up where wives should be allowed to travel with the Indian team.”

Gautam Gambhir also spoke about India’s prospects in the World Cup next year. He said that the men in blue are playing well now but can’t really predict anything for World Cup. There are some very good teams like South Africa, Australia, and England, so he suggested that no one can be termed as favorites. 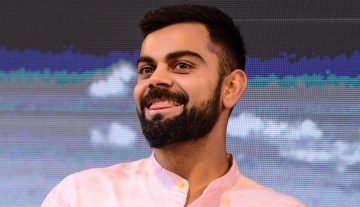