The retirement of the former Indian skipper, MS Dhoni has become the talk of the town as he has not played for India since the team’s exit in the semi-finals of the ICC World Cup 2019 when they were beaten by New Zealand. Since then he has taken a sabbatical with no clearance on his future.

Dhoni has had an illustrious career in which he played 90 Tests, 350 ODIs and 98 T20Is and scored 17266 runs in international cricket with 16 centuries. However, his biggest contribution has been as the captain of the team, making them two-time World Champions in 2007 and 2011, along with lifting the ICC Champions Trophy win in 2013 and Asia Cup win in 2010 and 2016. His fans just cannot see him call time on his career, but a former teammate of him thinks the time has come to take some tough decisions.

Gautam Gambhir has spoken about a variety of issues around Team India while also commenting on Dhoni’s retirement. He has been cleared in his view that selectors must talk to Dhoni and discuss his future in the Indian team soon. Though he said that the decision of retiring is sole of Dhoni’s, he doesn’t see him playing the next World Cup.

As per the quotes in the Indian Express, Gambhir said, “I feel that retirement is a very individual decision. I do not see Dhoni playing the next World Cup. So, whoever is the captain (then), Virat or anyone else, should have the courage to say so, that this player is not fitting into the scheme of things. It’s time for some of the youngsters to get groomed in the next four-five years because ultimately it is not about Dhoni, it is about the country.”

Gambhir also said that its time for Indian cricket to look beyond Dhoni and give a chance to some youngsters and help them prepare for the upcoming ODI World Cup which will be held in India in 2023. 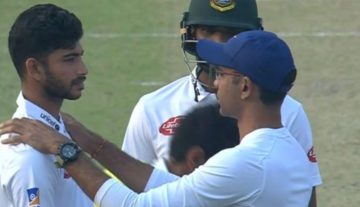