Team India has already started their preparations for the ODI World Cup 2023, as the marquee event is set to begin later this year in October. They’re currently hosting Sri Lanka before welcoming New Zealand next. The Men in Blue will then be hosting the mighty Australians for the much-awaited Border Gavaskar Trophy which includes four Tests. It will also be the last Test series for both sides and will decide their fate for the World Test Championship final.

While Australia has dominated the top spot for a long time in the WTC rankings, India is currently standing at third place, owing to their series wins against New Zealand, Sri Lanka, and Bangladesh. In India, spin has traditionally played a significant role in determining the outcome of a series.

ALSO READ: Garuda Aerospace To Launch A Drone And Name It After MS Dhoni

Former Indian opener, Gautam Gambhir reckons that Kuldeep Yadav will be India’s “X-Factor” over left-arm spinner Axar Patel and seasoned off-spinner Ravichandran Ashwin. Kuldeep once again proved his worth on Thursday in the second ODI against Sri Lanka. Kuldeep was named Man of the Match after returning with figures of 3/51 in 10 overs.

During a chat on Star Sports, Gautam Gambhir said, “It’s just about his confidence. Whatever we have seen of Rohit Sharma, he can give that confidence to young bowlers. Now it’s time that they should persist with Kuldeep Yadav. His bowing a lot in international cricket will be crucial in the Australia Test series. If you keep him in the sheds and don’t make him play one-day format and you suddenly bring him for the Test series, there’s going to be less bowling under his belt.”

Kuldeep Yadav was a part of the side in India’s recent Test series against Bangladesh. During the opening game, he played a knock of 40(114) as he shared a crucial 87-run partnership with Ashwin as India posted 404 runs. He then picked up a five-wicket haul which resulted in hosts Bangladesh being dished out for 150 runs.

Talking about the same, Gautam Gambhir said, “I feel that he should be playing every 50-over format game till the Australia Test series because he is going to be very important factor in that series. For me, he is going to be the x-factor ahead of R Ashwin, Axar Patel.” 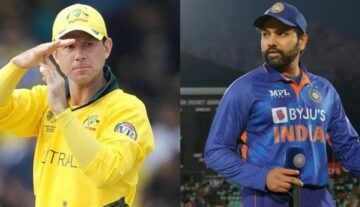