Former Indian opener, Gautam Gambhir is not on good terms with former Indian skipper, MS Dhoni. Gambhir has taken a dig has mocked the Indian glovemen on numerous occasions and he has yet again slammed him over his rotation policy that he used during the 2012 CB series in Australia.

Back in 2012, ahead of the tri-series, Dhoni had stated that playing all the three senior players will put the Indian team in tough situations. So, he kept on rotating them during the series. However, towards the end, Australia and Sri Lanka remained successful in qualifying for the finals. It was a bad tour for Dhoni and even faced criticism from every nook and corner of the world.

In that series, Gambhir amassed 308 runs at an average of 44 and ended as the second-leading scorer after Virat Kohli. And, in an interview given to The Lallantop, he said that he respected the decision of every captain, but, the rotation policy that was used during the CB series was cr*p. He also added that if Dhoni opted for the rotation policy then why he picked all the three-senior players in the do-or-die matches.

During the interview, Gambhir said, “I believe that one should follow the captain’s decision but it was complete cr*p. You started with the rotation policy but played all the three in the must-win games. If you make a decision, back your decision, stick to it.”

Gautam also recited that a player can only give his best if he feels the sense of security about his position. Gambhir also recalled his time with the Indian team and said that he had that sense of security for three to four years. In that phase, he won ICC Test Player of the Year and also smashed score five consecutive hundreds.

Gambhir added, “I was made to feel secure just once. During that phase only, I became the ICC Test Player of the Year. India won the triangular series just once in Australia and I was the highest run-scorer. India won a Test series once in 40 years in New Zealand and I was the Man of the Series. I score five consecutive hundreds. This is why it is important to make young players feel secure.” 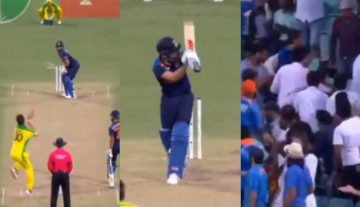 Videos
By CricShots - Nov 27, 2020
Virat Kohli Scored Shot Of The Day For A Six Against Pat Cummins