Former Indian captain Sunil Gavaskar was seen in full praises for Team India after they crushed visiting Sri Lankan team in Nagpur Test by a whopping margin of innings and 239-run.

Gavaskar believes this Indian team has the potential to win the upcoming Test series in South Africa. “India is firing on all cylinders. It’s batting is looking good. The bowling has got a sharp to edge to it and the fielding is outstanding,” he said. “I believe India has the potential to win the series for the first time in South Africa.The crucial thing they are peaking at the right time. So I am hopeful that this time India will put one across the Proteas.”

In the process, Gavaskar claimed that this is the best Team India, which country has ever produced.

“It is difficult to compare, depends on the opposition, playing conditions. But this is one which is right up there because of the balance they have. This team may be the best India has ever produced,” he told to NDTV.

India went 1-0 up in the three-match Test series against Sri Lanka. The first encounter at Eden Gardens ended as a draw, where we witnessed an inspirational comeback from the hosts. 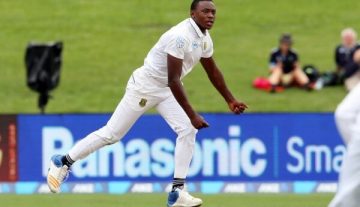