Former Australian wicket-keeper batsman, Adam Gilchrist reckons that despite that Australia has never won the Twenty20 World Cup, but the hosts are gearing up perfectly to end the drought next year. Australia are the most successful side in the 50-over World Cup with five titles but is yet to taste success in the T20Is showpiece event, which has been held six times since its inaugural edition in 2007.

Aaron Finch and his men defeated Sri Lanka and Pakistan in recent back-to-back T20 series to go unbeaten in the format in 2019 and Gilchrist said home conditions would make Australia hard to beat when the World Cup starts next October.

In a recent interview, Gilchrist said, “I think they are really well-placed seeing how they’ve started the summer. They’ll love the conditions, they love the grounds, they’re bigger grounds, they’ll play them well. We got everyone available now, which is great. I think Australia is, probably for the first time ever, focusing on picking their best team regularly and not just for the World Cups. “

ALSO READ: BCCI Reveals The Timings For The Day-night Tests

Australia won 2-0 in India in February before outplaying Sri Lanka and the world’s no.1 T20I team Pakistan at home recently and they have scheduled plenty of games in the shortest format before next year’s tournament. Gilchrist said the men in yellow had enough time to pin down their perfect combinations for the shortest format.

Gilchrist elaborated. “I think they’re probably still working out whether to use two spin bowlers or one spin bowler and a batting all-rounder like Mitch Marsh or (Marcus) Stoinis. Nine out of the top 10 in the rankings are spinners. They’ve got time to work that out but I think they have got a really well-balanced squad.”

Batting talisman Steve Smith is banned from captaining the team roles until March and Paine have been credited with helping guide the Test side out of the dark days that followed. While Paine also helped Australia retain the Ashes on English soil for the first time since 2001 earlier in the year, Smith’s show with the bat during the series sparked calls for him to be restored to the captaincy.

Talking about the same, Gilchrist said, “I still think in Test cricket you’ve got to be looking to pick your best wicket-keeper. I think he’s doing a wonderful job. What he took on, when he took it on, he in partnership with (coach) Justin (Langer) and all the players over the past 12 months have done a remarkable job to just get a nice, stable balance back.” 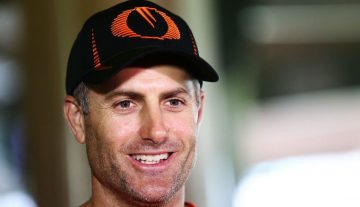