Former Australian wicketkeeper-batsman Adam Gilchrist reckons that the Indian skipper Virat Kohli is of the same league as the tennis stars Roger Federer and Serena Williams. In his column for The Australian, on Tuesday, Gilchrist, who called hung his boots in January 2008, wrote that Kohli, Federer, and Serena possess a strong mind which is what makes them champions.

Gilchrist elaborated, “It’s an understatement to say the greats in any sport have tremendous mental strength. It’s their most potent weapon. Shane Warne, Roger Federer and Serena Williams, Michael Jordan. All are in possession of a sportsperson’s greatest ally, a strong mind. Better than any magical flipper. Far more powerful than a brilliant backhand or ability to hit buzzer-beating three-pointers.”

The southpaw feels that these athletes possess the ability to analyze what has just happened, identify areas for change to gain improvement and then most significantly banish the incident to the past, has seen all these champions be, well, just that, champions.

At the start of the tour, Kohli and Gilchrist were spotted chatting during the nets with the Aussie revealing tidbit into the conversation. “.. he said he has really started to finetune his mindset and technical aspects of his batting for Test cricket. Its taken him a while, he said.”

Kohli had further added that he takes on the limited overs almost in autopilot mode now that the frequency is so much and situations very similar, but Test cricket still a bit different for him. Gilchrist recalled Kohli wants to switch the mind into overdrive in Test cricket to be even better prepared. He further added that Virat is keen to identify if there is any need for changing his technique to adapt to a new scenario gets to work.

Elaborating the same, Gilchrist wrote, “Given Kohli took his ODI run aggregate from 9000 to 10000 in just 11 innings and he was in autopilot mode, heaven help the opposition around the world in Test cricket now that he’s giving it his full attention.” 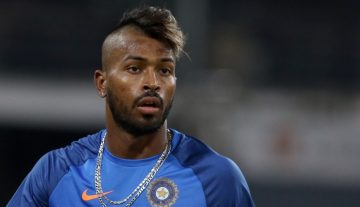