Australia all-rounder, as well as, Melbourne Stars captain Glenn Maxwell admitted after the Big Bash League (BBL) final that losing the game to the Sydney Thunder was hard to accept. It was a rain-hit game which eventually reduced to a 12 overs a side encounter where the Stars won the bat flip and elected to field first. However, they failed to reach the target by 19 runs while chasing 117.

“It (a rain-shortened game) is a bit of a lottery. I thought we bowled OK, we still gave them about 15 or 20 too many,” Glenn Maxwell said after the match. “Losing three wickets in the first three overs probably hurts you. Stoin (Marcus Stoinis) picked out the one bloke on the fence and I got the one ball that Steve O’Keefe spins all tournament. It happens.”

This was the second time in BBL where they did exceptionally well through the tournament but failed to keep the momentum in the final as they lost to Melbourne Renegades last year in the final. They were on the verge of winning their maiden title in the last final but a sudden batting collapse cost them the title.

“Last year was pretty tough to take but the fact we had such a dominant season, we played so well throughout the whole of this tournament,” Glenn Maxwell said.

“We were able to play a lot of our list and get some game time into different people. It was just such a successful season, to see different guys stand up at different times. We never felt out of it. Even when it was 20 an over, we still thought ‘we still back these guys to get this’. It’s hard,” he further added.

Glenn Maxwell will now take part in the Australia side that will tour to South Africa for a series where they will play 3 T20Is and as many ODIs. 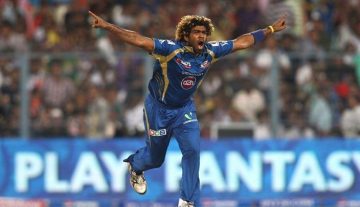