Royal Challengers Bangalore (RCB)’s star player Glenn Maxwell has recently opened up about how his experience was sharing the dressing room with Virat Kohli and AB de Villiers in last year’s Indian Premier League (IPL). He said that playing with the two champion cricketers was one of his biggest takeaways from the season. He also shared how both Kohli and de Villiers shared an amazing friendship.

The veteran again added that he was fortunate to be able to form a wonderful relationship with both of them. Maxwell also recalled having conversations with de Villiers about life over drinks. After a few poor seasons in the cash-rich league, Glenn Maxwell’s IPL career saw a new phase when he was picked by RCB for a whopping ₹14.25 crore in 2021. Moreover, he was retained by the franchise ahead of this year’s IPL auction. Glenn Maxwell revealed that he was taken aback after learning about de Villiers’ sudden retirement from all forms of cricket. The former South Africa captain hung up his boots after last year’s IPL.

Glenn Maxwell revealed this while speaking on the team’s official YouTube channel: “We know how AB de Villiers and Virat are two peas in a pod. They’re very tight and close. I tried to sort of shuffle in between and pull Ab away or Virat away at times. But it was so nice to watch the two geniuses go about it last year and become good friends with them. That was the main thing I got out last year. I’ve got two guys who are two of the greatest players to play the game. Table tennis every day before the game and it got quite heated at times, but it was great fun. It was awesome to have a few drinks with Ab and discuss life. Very fortunate to have shared the dressing room with the two of them.”

However, he also added that he felt de Villiers would play one more season, considering his form in the last season as well. Notably, de Villiers is the second-highest run-getter for RCB in the league. The veteran batsman has amassed 4491 runs from 156 matches while playing for the RCB as well.

“When AB de Villiers announced his retirement, it was a little bit of a shock as I thought he was probably going to go one more year and had everything that we expect of AB. He’s still a superstar, he still played the roles for us and he was still leading by example. It’s just great to have in your change room as well,” Glenn Maxwell concluded. 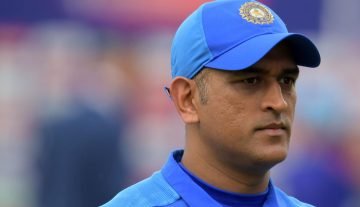