Despite the fact that the Australian all-rounder Glenn Maxwell has not been considered for the Test squad against Pakistan, he is hopeful that he can continue to push his case for a recall by piling up more runs. Recently, Australia announced the Test squad for the two-match series against Pakistan in UAE and the flamboyant all-rounder has been dropped from the squad.

During his interview with SEN Radio, Maxwell said, “Now, I just need to make more runs. Hopefully, I can pile on enough runs this summer to keep pushing my case forward. I had a pretty good year last year, so now I’ve just got to have another good year this year and hope selections go my way at some stage.”

ALSO READ: Glenn Maxwell Got Sloshed On The Road During IPL

Maxwell’s omission surprised the veterans like Ricky Ponting and Darren Lehmann. However, Maxwell conceded that whenever he was given an opportunity in the longer format he has been found wanting. He said, “The fact that my numbers at Test level don’t stand up over the last few years when I’ve been included.”

However, what has been disappointing for the flamboyant all-rounder is that he was not given the opportunity to prove himself after not traveling to India with the Australia A team. Head, Doggett, Neser and Labuschagne had been part of that tour which concluded just before Australia announced the squad.

Maxwell concluded, “I suppose the disappointment from my side is I didn’t get an opportunity to play any cricket over the last couple of months. I had a few offers to play county cricket in England and they were initially knocked back with an opportunity to go and play in India in the A series. To get told not to play in the A series and have a rest, and I was understanding of that and their reasoning behind that… I was hoping that was a positive note to go to Dubai (to play Pakistan). But obviously, that wasn’t the case.” 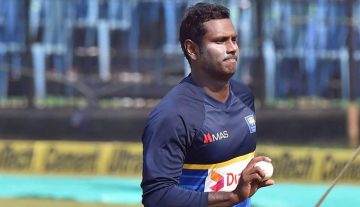