Day 2 of the first Day-Night Test match between India and Australia ended with the hosts getting bundled up on just 191 runs. The Aussies batted defensively as they only scored runs at a rate lower than two runs per over. The batsmen faced 28 balls to bring the first run of their innings. Pointing out the mistakes of the hosts, former Australian great Glenn McGrath has launched a criticism attack on his team’s batsmen.

Hosts were reeling at 92/5 at the end of the second session on Day 2 and during the break, McGrath stated that the defensive approach in batting has been one of the biggest problems for the hosts. The big names of Australia also couldn’t big anything substantial for the team. Test great Steve Smith had to go back after scoring just one run as Ravi Ashwin brought his A-game on the table.

As per the quotes in Sportskeeda, Glenn McGrath said, “That’s been the issue today, they have been very defensive and sitting back, waiting for the bad ball and just taking singles rather than looking a bit more intent and take it to the bowlers and put a little bit of pressure back on the bowlers.”

Though Team India got bundled out quite early on day two, the bowlers started to dominate in no time. Jasprit Bumrah, Umesh Yadav, and Ravi Ashwin were too handle for the Australian batters. The score of visitors would have been even less if the fielders kept their hands tight on some of the catches in between.

Explaining the same, Glenn McGrath said, “Indian bowlers have been able to bowl wherever they want, and when you are not scoring, you would get into trouble very soon because, on such a pitch, the wickets will come sooner or later. So if you are not scoring you are not moving anywhere.”

Australians were 41-2 after 25 overs, which was their lowest thing at that stage since the 2004 Test against India at Nagpur. The scoreboard saw 79 runs after the 40 over mark which was again their lowest score in this century. 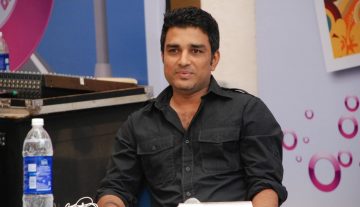