Indian skipper Virat Kohli has gained a lot of experience after his nightmarish tour of England in 2014 but the legendary Australian fast bowler Glenn McGrath feels that the un-form Jimmy Anderson can still produce a lot of troubles for the Indian captain this time as well.

During a media interaction, McGrath said, “Kohli is a more experienced player now. Quality player, no doubt about that. But English conditions are very tough. When you have got a bowler like Jimmy Anderson, who is bowling well now, it is going to be hard work. You got to be prepared to work hard. Kohli is a quality player so I am looking forward to that contest.”

McGrath also clarified that it will be risky for the Indian team to completely depend on Virat, as in case he fails, it will give other players to raise their hands up. He said, “You always want your best batsman performing. However, it also gives other batsmen a chance to put his hand up and there are still some quality batsmen there, some quality players there. If India is really depending on one player, they have got it wrong.”

While Cheteshwar Pujara didn’t have a great run during the ongoing Couty Championship, at least he has gt acclimatized with the English conditions and that will prove to be handy, according to McGrath.

The legendary pacer opined, “I have not seen what the conditions are like in the UK. Pujara, even though he hasn’t got runs, he will be there. Just being used to the conditions, I think that will help him.” 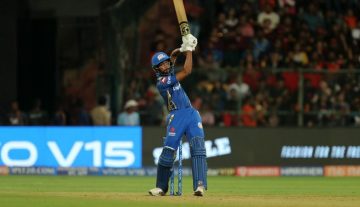