While the T20I cricket is dominating in the current moment, Test cricket is failing to attract the crowds. In this tough moment, the former English captain David Gower feels that the Indian skipper Virat Kohli’s backing to the Test cricket brings the hopeful future for the longest format of cricket.

These words have made hopeful about the Test cricket’s future to the former English captain David Gower.

Gower said on this, “It is a reflection of the balance of power if Virat says that — you’ve got a lot of people who will listen.”

He also feels that the introduction of the ICC World Test Championship, which will begin from the next year, will help the Test cricket to regain its valuable position.

During this August-September, India lost the five-match Test series against the hosts England by the 4-1 margin. However, Gower feels it was the fantastic series as the matches were closer than the series margin.

On the other hand, the former India wicketkeeper Farokh Engineer feels that the Board of Control for Cricket in India (BCCI) has been blinded by the T20 cricket, IPL.

Engineer said, “India have been sort of blinded by the T20, the IPL. Your first priority is to play for your country and then the riches will come automatically.”

Another former Pakistan cricketer Mushtaq Mohammad has raised his voice to make the Test cricket affordable for all.

Mohammad quoted, “If you want Test cricket to survive you’ve got to reduce the entrance fee. Open the gates, let the people come in, make it affordable.”

He also supports the latest innovation day/night Tests and feels that Southeast Asia has the right weather for it.

Mohammad added, “In Southeast Asia we’ve got the right weather for day-night cricket but don’t reduce it (Test cricket).”

Despite the International Cricket Council (ICC) has provided more revenues for the lower-rank members, Gower feels it will be not an easy task to revive the Test cricket in West Indies. 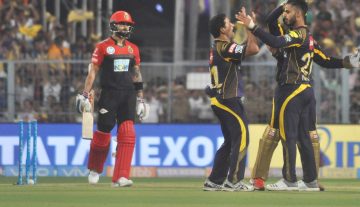