Afghanistan cricket team had a forgettable outing in the ICC World Cup 2019 as they failed to win a single match in the mega event. The veteran all-rounder Mohammad Nabi recently blamed the change in leadership as the reason behind such poor performance. And now, former Afghan skipper Gulbadin Naib has decided to come up with a fitting reply to Nabi asking him to mind his own business.

Afghanistan Cricket Board (ACB)  had named Naib as the skipper of the side ahead of the World Cup. Many cricketers expressed their concern over the same including Nabi and Rashid Khan. The Afghans had some chances of registering a win in some of the matches during the mega event but lost the grip in the death overs on quite a few occasions.

Mohammad Nabi, who recently decided to hang his boots from the longest format after Afghanistan maiden Test win, claimed that Gulbadin Naib has never led a side which played a role in their dismal run in the World Cup. Notably, former skipper, Asghar Afghan did a good job with the side as they came up the ranks quickly.

As per the quotes in Cricbuzz, Nabi had said, “Before the World Cup we changed the old captain and that was the main thing why we couldn’t play well as a team. That captain never captained in his life. That’s why we didn’t do that well in the World Cup, and even though we had good games against India, Pakistan and West Indies, we lost those matches.”

And now, Naib has hit back at Mohammad Nabi asking the veteran all-rounder to look after himself. Naib posted a cryptic message on the microblogging site Twitter indirectly hinting at his teammate, who has criticized him earlier.

First You should look to Your self Mate 🤔🤔

Meanwhile, Afghanistan has made a good start to the T20I tri-series involving Bangladesh and Zimbabwe. They will be looking continue the winning momentum as they facing the host Bangladesh on Sunday. 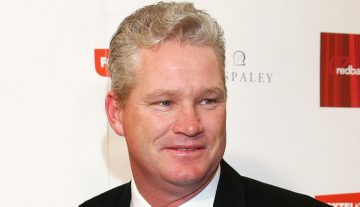