It was clear communication between the two Indian cricketers, R Ashwin and Hanuma Vihari singled out as the backbone of their record stonewalling effort that denied the hosts the Test victory in Sydney and take an unassailable series lead. Although they added just 62 runs, Ashwin and Vihari battled for 256 deliveries, the fourth-longest partnership recorded for the sixth wicket in the fourth innings of a Test in a win or a draw.

Ashwin and Vihari faced an equal number of deliveries, 128, and the vigil earned Ashwin the honor of being ranked fifth on the list of most balls faced by an India No. 7 in the fourth innings. The most remarkable aspect of the partnership was that Ashwin not willing t give-up while Vihari had to bat with a strapped right hamstring, which he suffered early in his innings while completing a single.

Little wonder then Ashwin said they were “numb and blank” recounting one of the best days witnessed in modern Test cricket despite the result being a draw. During a chat on BCCI.tv, Ashwin said, “It was really, really special. In fact, both of us went numb and blank for a while; we didn’t even celebrate towards the end because we didn’t know what to make of it.”

Talking about the communication between them, Ashwin said, “The communication was very, very good. Whenever we are comfortable with a certain bowler in a certain spell then we wanted to hang on that side especially with his hamstring injury and my back. We really hung in tight. Because we were so channelized in taking on a certain particular bowler and keep blocking, keep dead batting him.”

Vihari, playing only his 12th Test, was nervous as he was also battling for his position after going through a rough patch in the first five innings of the series. In the end, he was proud.’

ALSO READ: BCCI Having Touch With Cricket Australia For The Comfort Of Team India

Explaining the same, Hanuma Vihari said, “It was something you can only dream of, batting on day five of a Test match. Ash [Ashwin] (was) like an elder brother, he was communicating. Whenever he felt I was a bit lose, he was telling me that ‘let us focus one ball at a time and take as deep as possible.’ Getting a draw was a fabulous result. It would have been a fabulous win. Nonetheless 10 points of this game is a massive result for us.” 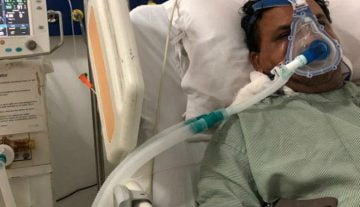