The Indian Premier League (IPL) franchises chose not to buy the services of India’s Test specialist Hanuma Vihari, but he will now be preparing for the upcoming six-Test season in the United Kingdom by competing for the English county side Warwickshire. The right-handed middle-order batsman has left for the UK and will be seen playing for the Birmingham-based county side for at least three games this season.

In an official statement regarding the same, a senior BCCI official said, “Yes, Vihari will be playing in the English county side for Warwickshire this season. He would play a few games. He is already in England now. The contract is being chalked out. He will play a minimum of three games. We are trying to figure out if there is a chance to play a few more.”

The Warwickshire county’s official page hasn’t made the announcement yet but as per BCCI officials, the formalities have already carried out. According to a report in ESPNcricinfo, Vihari is coming to replace South African batsman Pieter Malan, who is currently facing visa-related problems as South Africa has been marked in “red zone” by the UK authorities with respect to the global COVID-19 situation.

Hanuma Vihari last played in the IPL back in 2019 for Delhi Capitals, but he failed to find a bidder at the successive auctions after that.  He has scored 624 runs in 12 Tests for India at an average of 32 plus. He has hit a hundred and four half-centuries. e has suffered a torn hamstring and then did his rehabilitation at the National Cricket Academy (NCA) in Bengaluru but had an indifferent Vijay Hazare Trophy for Andhra, scoring only a single half-century and failing to reach double digits in the next five games.

Over the years, the BCCI has encouraged a lot of its cricketers to play county cricket, especially before the England tours. Ishant Sharma, when he wasn’t a part of the IPL, had gone to Sussex and became a better red ball bowler during the past few years.

ALSO READ: Daniel Sams Tested Positive Of Covid-19 And Has Been Isolated

Ashwin and Axar Patel have also played county cricket in recent years. The most high-profile name which was supposed to play country cricket (in 2018) but missed out due to injury was the Indian skipper, Virat Kohli, who had a contract with Surrey. 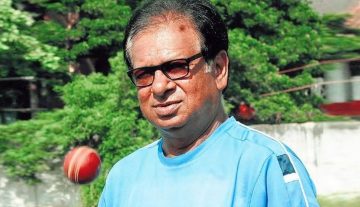