On Monday, the veteran off-spinner of the Chennai Super Kings (CSK), Harbhajan Singh revealed how Shane Watson batted with a wounded knee during the IPL 2019 final against Mumbai Indians (MI) in Hyderabad. According to Harbhajan, the CSK opener received six stitches on his left leg after Watson dived to save his wicket during his knock.

Harbhajan posted a picture on his Instagram story of Watson’s bloodied left leg from the final. Along with the picture, Bhajji wrote: “Can you guys see the blood on his knee.. He got 6 stitches after the game..Got injured while diving but continue to bat without telling anyone”.

Watson almost helped CSk to the chased down the total of 150 against Mumbai Indians (MI) on Sunday night as he smashed 80 off 59 balls for CSK and batted till the final over of the match. But once he was run out in last over, Chennai failed to scrape past the finish line and ended up falling short by 1 run.

Harbhajan said he still could not come to terms with the fact that CSK could not chase down 150 on a good pitch and lamented the loss of regular wickets after a good opening stand between Faf du Plessis and Shane Watson.

As per the quotes in India Today, Bhajji said, “From the fans’ point of view, it was kind of a paisa vasool match but for us it was heartbreaking. Getting MI out for 149, chasing 150 in Hyderabad on that pitch, I thought we had the match. We had a good start up front but we lost wickets. I still feel why this happened to us. It was our game. But we have to accept the fact that MI are winners but it was our game.”

MS Dhoni’s run out created a stir and Harbhajan said that CSK would have liked to see the Dhoni decision go their way.

Talking about the same, Harbhajan said, We would have liked MS Dhoni’s decision to go in our way. If you see, the angles…from one end it looked out, from one end he looked to have made it. It was a tough decision to make. A lot of times it’s been said that the decision should be given in batsman’s favor. I think it’s one of the key points where the game drifted away from us. Apart from that, I didn’t think we built enough partnerships. Watson almost pulled a miracle for us. But it wasn’t enough. Even after MS Dhoni got out, we came so close.. Shane Watson brought us really close.” 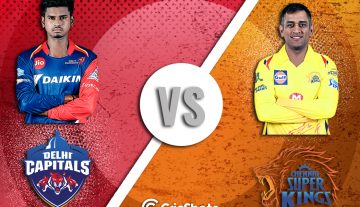