Former India off-spinner Harbhajan Singh reckons that the Indian team is missing the spark in the middle-overs in ODI cricket, adding that the spinners aren’t making things happen. Harbhajan said both R Ashwin and Yuzvendra Chahal took a defensive approach albeit on flat pitches during the recently-concluded series in South Africa. During a recent chat on Sports Today, Harbhajan Singh suggests India bring back the combination of Chahal and Kuldeep Yadav.

India got clean swept in the three-match ODI series in  South Africa as they struggled with the ball. Head coach Rahul Dravid, when assessing the team’s performance after their 0-3 defeat, conceded that India’s inability to pick up wickets in the middle overs is a cause for concern.

Talking about the same, Harbhajan said, “With all due respect to R Ashwin, I think he is a champion bowler, but in ODI cricket, I feel, it’s time India start looking for an option, maybe someone who can take the ball in as well as out. Someone like Kuldeep Yadav could be a great option. Why don’t we go back to the Kulcha combination and see what they can bring to the table?. They (R Ashwin and Yuzi Chahal) didn’t create too many opportunities with the ball, they were a bit defensive with their approach.”

He further elaborated, “And of course, wickets were very, very true. But no matter how the wickets are, if you’re playing in the World Cup against any opposition, your job is to take wickets in the middle overs. You need someone like Kuldeep Yadav and Yuzvendra Chahal bowling in tandem. You can also bring in another X-factor, someone like Varun Chakravarthy, there is no harm trying him again.”

India next plays ODIs against a visiting West Indies side from February 6 to 11 in Ahmedabad. 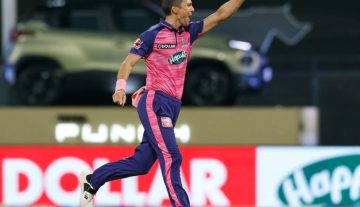