Chennai Super Kings (CSK) registered a comprehensive win over Sunrisers Hyderabad (SRH) by 20 runs on October 13 (Tuesday) at the Dubai International Cricket Stadium. However, the match witnessed a controversy as, towards the end of the match, the umpiring was again under scanner after the on-field umpire refrained himself from signaling a wide.

During the 19th over, Sunrisers needed 25 runs off the last 11 deliveries of the game. Shardul Thakur delivered a wide yorker and the on-strike batsman Rashid Khan failed to make any sort of connection with the ball. The ball was looking outside the tramline. Thus, the umpire on-duty Paul Reiffel was preparing to outstretch his arms to signal the wide. However, he didn’t do so after the wicketkeeper MS Dhoni and bowler Shardul showed their disappointment.

This decision of Reiffel was immensely criticized in eth cricketing fraternity. The SRH captain David Warner, who was sitting in the dug-out, didn’t seem a happy man either. The CSK skipper Dhoni was also trolled for influencing the decision made by the umpire.

As the video was widely circulated, the veteran Indian spinner, Harbhajan Singh, who had pulled out his name from the 13th edition of the IPL citing personal reasons, responded with laughing emojis, seeing the funnier side of what happened on the field.

However, the CSK fans weren’t happy with the reaction of Harbhajan. Blowing the issue out of proportion, he was trolled mercilessly on social media sites. Some had even slammed him for mocking the former Indian captain Dhoni.

After being subjected to hate and criticism, the legendary spinner finally reacted to the controversy as he posted a cryptic tweet. Taking a dig at the people who had criticized him for his reaction to the ‘wide controversy’, Harbhajan wrote, “I learned a long ago never to Wrestle with a pig…You get dirty, and beside, the pig likes it.”

I learned a long ago never to Wrestle with a pig….You get dirty, and beside, the pig likes it 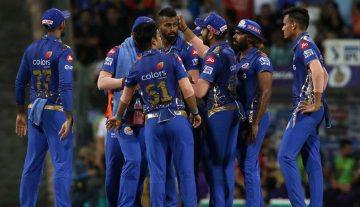