The veteran Indian opener, Rohit Sharma, who is currently nursing a calf injury, took to Instagram to share a video of him lifting weights at the gym. While many fans urged him to be back on the field as soon as possible and wondered if the video hinted at a return to the field was coming soon, Harbhajan Singh had a different question altogether.

Commenting on the video, Bhaji wrote: “Only 40 kg for this ?? Common shaana”. Rohit Sharma, responding to Harbhajan, wrote: “that’s because it’s my first day after injury with weights.”

Harbhajan Singh’s comment left users in splits, while some commented saying 40 kg was enough for Rohit to keep sending the ball to the stands.

Replying to Harbhajan, one of the users wrote: “Paaji Wankhede se Chinnaswamy maar denge Hitman fir toh (He’ll hit it from the Wankhede to Chinnaswamy then)”. Another one replied, “But he always hit the ball into the stands regardless of doing 40 kg.” One of Rohit’s fans replied,  “Now you want double hundred in deadlifts or what?? He is injured”. Another fan commented, “He converts 100 to 200 in 32 balls. slow starter”.

ALSO READ: Virat Kohli Explains Why India Can Compete Anywhere In The World

Rohit returned from the New Zealand tour mid-way after sustaining an injury in his calf during the fifth and final T20I. Rohit had scored 60 runs before he limped off the field and was later ruled out of the ODI and Test series in New Zealand.

In ODIs, Rohit was replaced by Mayank Agarwal while Shubman Gill was called as his replacement for the Test series. In Rohit’s absence, the Indian openers Mayank and Prithvi Shaw failed to give India solid starts upfront as the visitors suffered a humiliating 0-3 whitewash in the 50-over format.

India, however, would look to turn things in the remaining two-match Test series and consolidate their position on top of the ICC World Test Championship points table and finish the tour on a high. 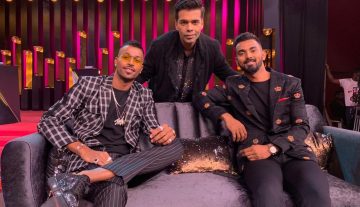