Team India all-rounder Hardik Pandya has been going through a rough patch for quite some time now. While he was not in the form during the second phase of the IPL in the UAE, he had a rather forgettable season in the T20 World Cup 2021.

And, according to ESPNcricinfo, Pandya is working on his fitness and he has also asked the selectors to not consider him for some time now. This indicates that he wants to return to action after being fully fit. However, he has stopped bowling as well after having surgery on his back. So far, he has been playing as a specialist batsman only and bowled only a  few handfuls of overs.

Meanwhile, in his absence, Venkatesh Iyer has made his debut and did well against New Zealand at home. With Pandya unavailable for selection for the South Arica tour, Iyer can be there in the team as well. On the other hand, many reports have suggested that Pandya is unlikely to be retained by his IPL franchise, Mumbai Indians (MI). His performances have become poor in the past few seasons and that could cost his place also. Notably, he was bought for Rs 10 Lakh in IPL 2015 auction by Mumbai and retained by them for Rs 11 crore before IPL 2018 as well.

Meanwhile, former India captain Kapil Dev has said that Pandya can’t be called an all-rounder as he isn’t bowling now. “He has to do both the jobs to be considered an all-rounder. He is not bowling so can we call him all-rounder? Let him bowl, he has come out from the injury,” Kapil said at the Royal Calcutta Golf Course, as per PTI. “He is an extremely important batter to the country, for bowling he has to play a lot more matches, perform and bowl and then we will say.” 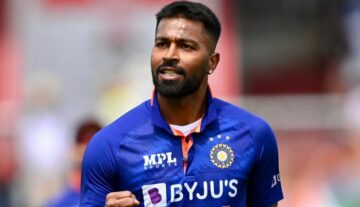