The Indian all-rounder Hardik Pandya is one of the most selfless cricketers in the circuit today. He is currently undergoing rehabilitation after successful back surgery and he wants to stay mentally fit and patient as according to him cricket runs in his blood and won’t take him long to put on his A-game on the pitch.

Speaking to IANS, Hardik gave an insight into the thought that saw him deciding to go under the knife, and lot other things like his road to recovery, the World T20 that awaits, etc. He said, “I was managing the back, tried everything possible not to get into surgery or anything. To be honest, right now I feel very good. I have noticed this after playing for 4-5 years that even if I don’t wish to get injured and take the necessary precautions, injuries are something which is a part and parcel of a sportsperson’s life.”

In the last 15 months, Hardik has been going through rehabilitation for the second time, but for the all-rounder, it is about never giving up as he looks to stay mentally healthy in this phase.

ALSO READ: Kohli’s Tweet Of Message For Dhoni Becomes The Most Retweeted One

Pandya explained, “It might sound cool, but it is not easy to keep coming back as you need motivation. I try and back myself and stay positive. I have understood that every comeback gives me an edge and makes me stronger. Physically I can always come back, but mentally it is important to stay healthy. And to be honest, a lot of things have happened in my life and I have become much stronger mentally.”

Hardik also reiterated that it is important not to rush back as has been the case with many in the past. He says he has taken inspiration from the likes of Pat Cummins and teammate Jasprit Bumrah.

Revealing his inspirations, the flamboyant all-rounder said, “It is very important that you don’t rush. Injuries are not easy, but being patient is important. I have seen Pat Cummins coming back from injury is stronger than before. I have seen Jasprit Bumrah having knee surgery and coming back and be what he is right now. After a knife touches your body, it becomes fragile. So, you have to give 200 percent while making the return.”

Asked if he fears that it might be difficult to remain as effective as he was before the injury breakdown, the swag is back with a bang. But his madness has the method as he goes on to explain.

Hardik concluded, “Cricketing part I can improve by working for months. I am only focused on my body. You must have seen with Virat Kohli as well. He is the biggest example because the way he trains and the way he is, a fit Virat is always a better Virat than he was. I want to win the World T20 and that is the plan. Have come close to it many times — the Champions Trophy in 2017 and sadly missed the 2019 World Cup. Our game might suit Australia. I wish to help the team get the trophy.” 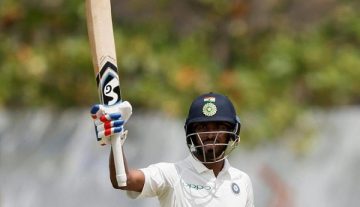