India’s flamboyant all-rounder, Hardik Pandya has been missing the action for quite some time now. He has been going through rehabilitation for his lower-back injury as he played his last international match during the home T20I series against South Africa back in  September. However, he was expected to make a return to the side on the upcoming tour of New Zealand.

Post Hardik’s removal from the squad, a lot of questions will be raised. But, a source of ESPNCricinfo said that the all-rounder hasn’t gone through specific fitness tests which he reported to have failed and he just underwent a high-intensity bowling session to check his back. The source revealed that the all-rounder himself wants to work on his action and still having some issues with his back.

Describing the same, the source said, “To give you the real picture, he wasn’t satisfied after the high-intensity bowling workload test. There are few players who are tested based on workload. For example, a player who is coming back from a back injury, he is tested on the basis of his performance in a high-intensity bowling session.”

The source further revealed that Pandya can clear Yo-Yo test even in his sleep and he is targetting the home ODI series against the Proteas in March for his comeback.

The source further explained, “The player is tested after he spends more than two to three hours at the nets. Now, when the player bowls for that duration, the bowling is monitored. So, if the body can’t take what the player has in the mind, it is not responding to the workload. Pandya was of the opinion that he wants to work on his back further. Yo-Yo and all he will clear in his sleep. He is looking at a South Africa series return.” 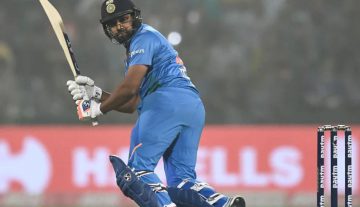 News
By CricShots - Jan 6, 2020
Rohit Sharma Reveals His Family Helps Him To Stay In A Great Mindset