Prior to the 2018 ICC Women’s World T20 in West Indies, starting on November 9, Indian women’s cricket team skipper Harmanpreet Kaur claimed that the increasing expectations from the fans are good for the team.

Since the 2017 ICC Women’s Cricket World Cup in England & Wales, where Indian women’s team finished as a runner-up after losing the final against England women by just 9 runs, the women’s cricket popularity has largely grown up in the world as well as in India too.

Commenting on the increasing expectations prior to upcoming Women’s World T20, Indian women’s skipper Harmanpreet Kaur wrote in her article for ICC, “Now the expectations will also increase, but that’s good for the team as well. It means we will get a lot of support from back home. And we can see that with the other teams too. Each team has more fans as compared to a few years ago, and that’s because everyone is playing well.”

While Kaur feels that there are very low differences among the participating teams, it will be an important tournament for the Indian women’s cricket team too.

Kaur added on this, “In the past, we would see a few teams dominate others in T20 cricket. Now every team has two or three hitters who can change the game at any moment. You just can’t take anyone lightly. So I think the ICC Women’s World T20 2018 will be a good tournament, and an important tournament, especially for India. If we play well as a team, we can hope for a good performance like last year.”

Coming to play a big tournament in the very unique conditions, Kaur is expecting the slow pitches during the upcoming Women’s World T20.

She wrote on it, “The Caribbean has some very unique conditions too, and we will be playing those as much as the opposition. Judging by scores in their local tournaments, the pitches seem to be a bit on the slower side. All of our matches are in the afternoon, so dew should not be a factor for us as much, but if it’s there, there may be a bit of grip in the evening.”

Prior to this tournament, Indian women’s cricket team had a successful tour in Sri Lanka in last month. While the Indian women won the three-match ODI series by the 2-1 margin, they also clinched the five-match T20I series by the dominating 4-0 margin.

Reviewing on the Sri Lanka tour, Kaur wrote, “We had a good series in Sri Lanka, where we got a chance to back some of our younger players. It was important to give them the freedom in that series, give them every opportunity.

“The focus was very much on the bowling on that tour, and I’m glad to see how the girls responded. Our coach Ramesh (Powar) sir has done a great job with the bowlers. It helps that he’s a former India player, and he knows the pressures of the job.” 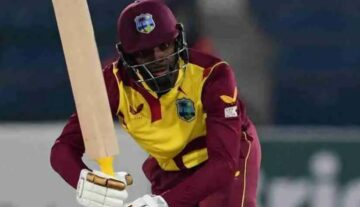