Everyone was left stunned when Ambati Rayudu wasn’t picked in the Indian squad for the upcoming ICC Cricket World Cup 2019. Rayudu was the leading contender to bat at number four in Indian batting lineup but a dip in form just before the World Cup cost him the place in Indian team. He was being said to play at this place in World Cup but he was left with this bitter pill to swallow. On the other hand, Vijay Shankar and KL Rahul were picked to play at number four.

BCCI announced the 15-man Indian squad on Monday, where Rayudu was the missing name along with Rishabh Pant, who was replaced by Dinesh Karthik. Chief selector MSK Prasad gave clarification on Rayudu’s absence from the squad. Former cricketers took no time in scrutinizing the team selection and raised the questions over their bold call.

Meanwhile, veteran Indian sports journalist Harsha Bhogle put his thought over Rayudu’s snub from the national team. He believes this is the end of the road for Rayudu’s One-Day International career. Bhogle described the journey of Rayudu in a video posted by Cricbuzz.

He said “Story of Ambati Rayudu is one of the strangest stories to be recorded in Indian cricket. It wasn’t until the 2015 world cup that Ambati Rayudu finally got there. In the buildup to the 2015 WC, he played every single ODI, didn’t play a single match in the tournament.”

Rayudu was again picked in the Indian side just ahead of the WC and almost cemented his place until yesterday. “Then comes 2019 and he starts getting picked from Asia Cup. He plays virtually every ODI India plays. However, just before the World Cup selection, you find Ambati Rayudu out of form. It was after the Asia Cup that Virat Kohli said that he had locked down number four. Rayudu was excited to prepare for the World Cup, that he even said he wasn’t playing any more red ball games,” Bhogle further explained.

He stated while concluding “It was huge for him to be no.4 in the World Cup and I wonder if he wanted it too badly. And you could see as the World Cup started coming closer and closer, he started losing form. The harder he tried, the more the runs deserted him. He has played 44 of his 55 ODIs in a lead up to a world cup. whether it was 2015 or 2019. He is 34-35 and no one knows whether he will be ever picked for India ODI side. Your heart has to go out for Ambati Rayudu.”

The World Cup will go underway from May 30 in England, where hosts will take on South Africa in the tournament opener. India will play their first match on June 5 against South Africa in Southampton. 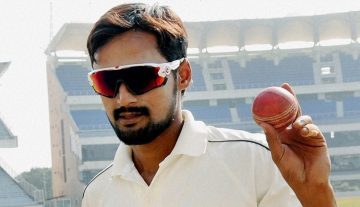