He elaborated: “When you have a very high arm speed, your finish and your follow-through is also going to be quicker because all that energy has to go somewhere, right? It has to break somewhere. If you slow down my videos of bowling a slower ball and a normal delivery, you will actually see the difference – my finish will be much more energetic with the slower ball.” 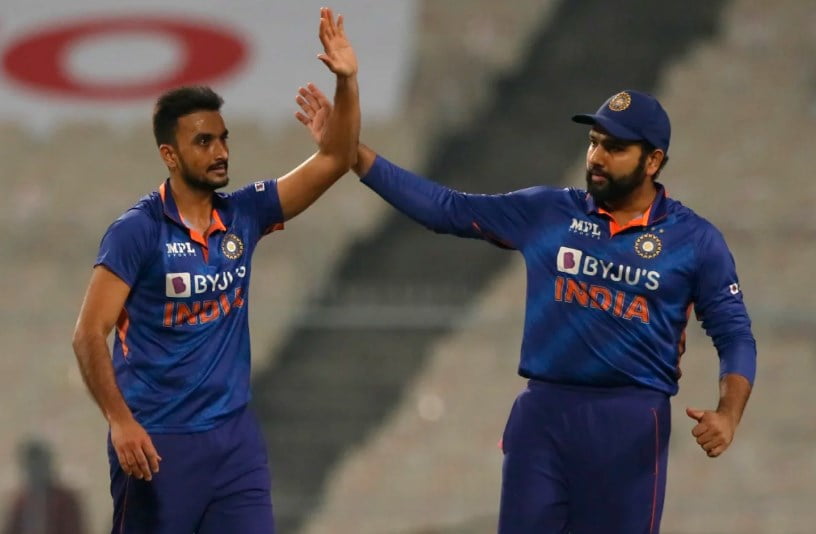 Since his return from injury, Harshal Patel has been going through a lean patch with the ball. He was also expensive in the warm-up match against Western Australia XI on Monday, October 10, giving away 49 runs in his four overs spell as well. However, he added that he doesn’t depend much on the wicket, and depends on deception in the air. He has so far played in 23 T20Is for India, picking up 26 wickets at an average of 26.96 and an economy rate of 9.20 as well.

“I try and hold the ball as loosely as I can – almost in my palm, even though I have my fingers over it. If you try to snatch it out of my hand, you’ll be able to do it without any effort at all. And you make sure that you bowl it as quickly as you can. For me, the deception starts in the air. The two most important things that I keep in mind is arm speed, first of all. Even though it’s counterintuitive, my slower balls are actually faster [in terms of arm speed] than my quick deliveries. So I have to put more on to the ball when I bowl my slower balls,” Harshal Patel concluded.