Most of Yuvraj’s colleagues from the cricket field attended the wedding to cheer the newlyweds. And how can one forget Virat Kohli and Anushka swashbuckling dance on the dance floor during the reception? Immediately after their wedding, as is pretty much the norm in this country of ours, Yuvraj and Hazel began being asked about their family plans.

Soon after their marriage, typically like the norm in India, Yuvraj and Hazel began being asked about their family plans. The questions reached to the mark that on Wednesday, Hazel was spotted at the airport wearing considerably loose-fitting clothes. However, since then it has been speculated that she is pregnant.

However, Hazel clarified about all the speculations surrounding her pregnancy. During an interaction with Pinkvilla, she said, “No, I am not pregnant”, she further added, “Nothing set in stone as of now. It’ll happen when it has to happen as our marriage happened. It’s destiny. I don’t know how will it happen, if I am pregnant will he be around as he has to travel so much.”

Yuvraj has been pretty busy in this year as Indian team has been playing back-to-back tournaments. Talking about the same, his wife said, “I think we are kind of happier now and we both have the security of marriage with us. You know he is far busier now, so I hardly see him post marriage. We are exactly the same. We are very transparent in that sense.” 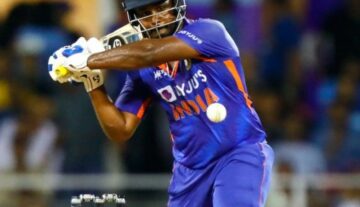