South Africa captain Temba Bavuma has recently said that he would have a chat with David Miller regarding his role in the national T20 team. Bavuma’s comments came after Miller named their squad for their upcoming T20I series against India. However, Miller hasn’t been consistent for South Africa for quite some time, but he was in a sublime form while playing for the Gujarat Titans in the Indian Premier League (IPL) 2022. In 16 matches, he scored 481 runs at an average of 68.71 and a strike rate of 142.72 as well with two half-centuries to his name.

“He has performed exceedingly well in the IPL. Whatever feelings of insecurity he had are gone now. We will have a conversation. He is an important member of the team. If he feels he can add more value higher up the order, it is a conversation to have,” Temba Bavuma was quoted as saying to the reporters.

However, Bavuma also opened up about preparations for the upcoming edition of the T20 World Cup in Australia later this year. The captain also said that South Africa are yet to prepare a proper squad, but the decent form of players in T20 leagues is likely to help them as well.

“The important thing is to prepare for the World Cup. The guys need to be in a competitive space. And the India series will be an important part of the competitive process, even if the conditions will be different in Australia. We haven’t got together as a team but the rest of the (non-IPL players) have had good sessions. We will arrive a bit early to get familiarised. With multiple formats (this season), it will be important to manage the workload, especially the bowlers,” Temba Bavuma concluded. 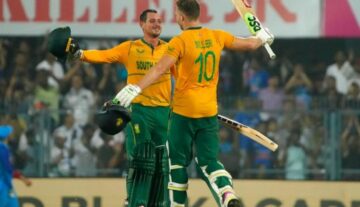