Former Indian batting legend Rahul Dravid and the young India player Prithvi Shaw know each other since the U-19 World Cup days when under them, the India team won the World Cup. However, they both will be seen together for the upcoming series against Sri Lanka where India will play three ODIs and as many T20Is. However, in a recent interview, Shaw opened about the experience of working with the veteran once again.

“The way he speaks, the way he shares his coaching experience, is just amazing… He knows everything about cricket. The way he speaks on conditions and how to use them, is just out of this world,” Shaw told Indian Express.

Meanwhile, Rahul Dravid is one of the best coaches in India now and Shaw expects him to bring “discipline in the dressing room” as well.

“As Rahul sir is there, one will expect discipline in the dressing room. I’m looking ahead to the practice sessions with Rahul sir because I love to speak to him for hours. This tour, I just have to grab the opportunity,” the youngster added.

As far as Prithvi Shaw is concerned, he has returned to the squad after having scored 827 runs in the Vijay Hazare Trophy followed by a stunning show for Delhi Capitals in the Indian Premier League as well.

While talking about playing under Dravid again, he said: “There is a different kind of mazaa (enjoyment) playing under Rahul sir. He was our India under-19 coach. The way he speaks, the way he shares his coaching experience, is just amazing. Whenever he talks about the game, it shows how much experience he brings to the table. He knows everything about cricket. The way he speaks on conditions and how to use them, is just out of this world.”

However, he also opened up on Ricky Ponting’s claim where he had said that Prithvi Shaw hates practice when he is out of form. And, the youngster agreed to it as the situation is still the same as well.

“It’s the same now. Personally, I feel that if I push harder – especially when things are not going right for me – it just doesn’t happen to me. I’m not the one who tries to show others that I’m working hard. Ek andar se awaaz aati hai, ke bus ab aur nahi. (There is a voice from within, which says ‘no more’). I don’t force myself. I just take a break then and start again next time when I feel I’m feeling much better,” Prithvi Shaw concluded. 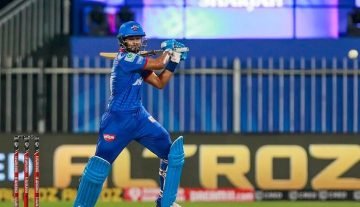