In a recent press conference, Hong Kong skipper Nizakat Khan said, “Any team can beat their opponent on a given day in T20I cricket and the team showed fine form in Oman during Asia Cup qualifiers, which it won. Winning and losing is a part of the game. We want to play good cricket and it is important. It is a massive opportunity to play against India and Pakistan. We have a young squad and it is a great opportunity for us.”

Remembering their last game which was an ODI with India during Asia Cup 2018 which lost by 26 runs, the Hong kong skipper said that the side would make sure that they cannot repeat the mistakes made last time playing against the Asian giant. He also added, “His side is prepared to take on top-class pacers even though it does not face them often in associate cricket.”

Hong Kong head coach Trent Johnson said,” It is amazing what they (Hong Kong) have achieved so far. It is about playing good cricket and enjoying yourself. Hong Kong deserves to be at this stage.”

Johnson also commented that Hong Kong does not get a lot of chances to play against big teams like India and Pakistan and any prospect to play against such teams is huge. It is the opening game of Hong Kong in the Asia cup 2022, team showed good composure in the qualifying round by defeating Oman.

On the other hand, India won against Pakistan in a tough encounter with Pakistan by five wickets. India is the clear favorite in this match. This match between Hong Kong and India is playing at Dubai international stadium on Wednesday, 31 August 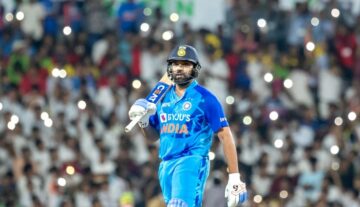