India pacer Mohammed Siraj made headlines with his sheer pace and helped India register a thrilling win over New Zealand in the first ODI in Hyderabad. Hailing from the city, Siraj has left a mark as India’s leading bowler in the absence of their pace spearhead Jasprit Bumrah. The 28-year-old had claimed four wickets in his previous game against Sri Lanka and was excited to return to his hometown as well.

“It will be my first international match in home ground. I have played only IPL there. I will gain a lot of confidence, because my family and friends will be there to watch in action,” said Mohammed Siraj.

It was a great day for Siraj as his friends and family, including his mother, were present to watch India play against New Zealand. While the young Shubman Gill slammed a stunning double hundred to help India post 349 in 50 overs, it was Siraj who sealed the deal later on. New Zealand were struggling in their chase at one point, before Michael Bracewell and Mitchell Santner steadied the ship. Bracewell scored an explosive 140 but India were able to win by 12 runs as well where Siraj picked up four wickets for just 46 runs. 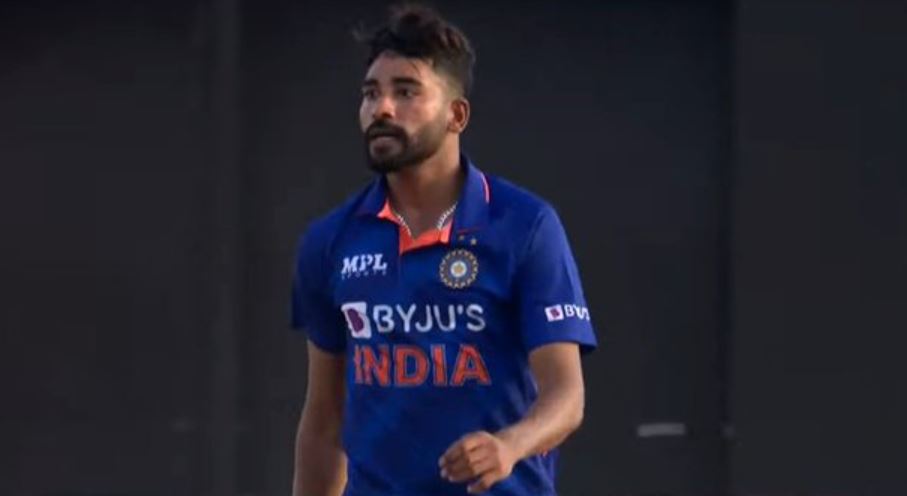 However, the BCCI released a video on their social accounts where it was seen that the pacer’s family and friends talking about him and watching him play. And, Siraj’s mother was proud to see him perform live before her and said that she is hoping he will make India proud and will continue his good performances in the upcoming games as well. Team India will now take on New Zealand in the second ODI on 21st January in Raipur as well.

“I hope my son will make India proud. I hope my son’s performances will be good and he will go ahead in the game. And I hope he will play the World Cup,” said Siraj’s mother.